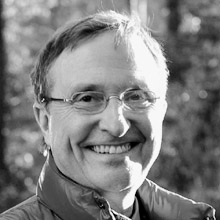 He has a BS and PhD in Biology from Yale University.

Tropical and conservation biologist and author of the  Minimum Critical Size of Ecosystems concept and preparing the Biological Dynamics of Forest Fragments Project currently set up in Manaus. He originated the debt-for-nature swaps concept and was pioneer in the use of the term "biodiversity".

He was Scientific Advisor to the Interior Secretary and to UNEP and Chief Advisor on Biodiversity to the World Bank.

He was creator of the television series "Nature". The honors he has received include the Order of Rio Branco and the Grand Cross of the Order of Scientific Merit, Brazil, the Tyler Prize for Environmental Achievment and the 2002 Lindbergh Prize.

He is the author of various scientific and dissemination articles and editor of five books on the environment. He served on science councils and committees in the Reagan, Bush, and Clinton administrations.

He is currently a member of the Board of Trustees of FBDS - The Brazilian Foundation for Sustainable Development.