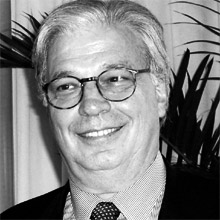 Qualified as a  Civil Engineer at PUC-RJ (Pontifical Catholic University of Rio de Janeiro ) in 1966.  Studied social sciences at IFCS-UFRJ (Institute of Philosophy and Social Sciences of the Rio de Janeiro Federal University) and did post graduation courses in Brazil, USA and France. Worked as an engineer, manager and businessman in the infrastructure, industry and capital market sectors.

He was National Energy Secretary in 1992. He was President of CERJ, Eletrobrás, Alstom do Brasil, MDU do Brasil and Light Serviços de Eletricidade S.A.

Since 1999 he has been President of JLA Consultores Associados, and a consultant or member of the advisory and administrative boards of various companies in the electricity, oil and gas, industry and capital markets sectors.

In addition to his professional activities, José Luiz Alquéres actively participates in the cultural and philanthropic areas, where he supports and presides over various bodies. He is currently a member of the Board of Trustees of FBDS - The Brazilian Foundation for Sustainable Development.

Decorated by France (Member of the National Order of Merit), by the United States (Honorary Citizen of North Dakota), by Rio de Janeiro City Hall (Pedro Ernesto Medal) and by the Rio de Janeiro Legislative Assembly (Tiradentes Medal and Title of Benefactor) and he is an honorary citizen of cities in the states of Rio de Janeiro, Sao Paulo and Minas Gerais.